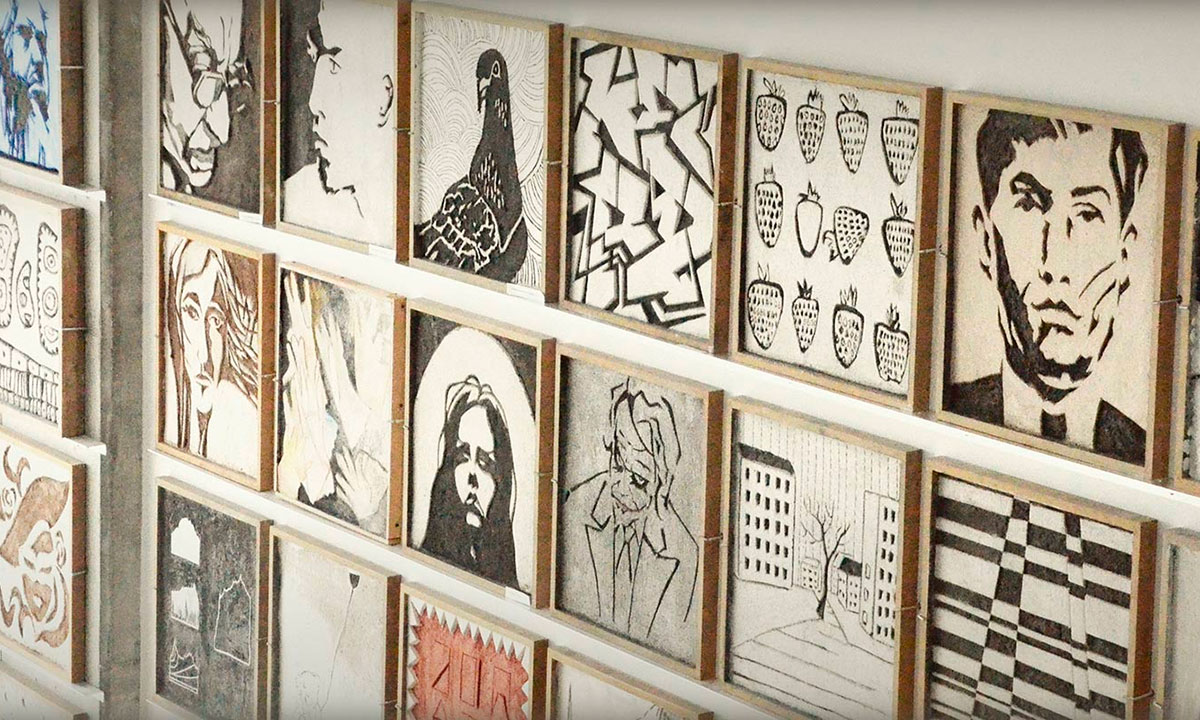 How does one begin to describe the intricate Warsaw ecosystem? How does one go about the task without falling into the trap of producing a ranking, a critique or a puff piece? What are the typical qualities of both female and male curators from the capital of Poland? How should one present the local context to those who are interested in the Warsaw curatorial scene as opposed to the similar scene in Berlin? What if one perceived the Warsaw art scene and the curators who appear on it as a separate miscellany of coexisting specimens? Let us consider a botanical garden or a thick forest. Which strategies or practices would turn out interesting or dominant enough to require a species classification? Indigenous curatorial milieu – similarly to a botanical collection – attracts coexisting specimens and gathers them in one place; therefore, one may use such specimens in order to draw a map of one of the „creative” professions which is representative of both cities. If one does not consider the age or operation area of Warsaw curators (public institutions or private locations, museums or universities) but rather inspects distinctive personal qualities, it transpires that we are most likely to come across: curatoris cognito – engaged in research; curatoris commuter – permanently in motion; and finally curatoris inventorem – the one who defies all labels.

Curatoris cognito – an interdisciplinary family of Warsaw curators comprising several sub-groups. Representatives of the cognito group usually stem from various subfields of social sciences. They produce exhibitions and publications, organize artistic residence programs as well as public programs of institutions in which they reside, always hovering around current problems and issues.

There is yet another kind, more focused on a far or near future. One may come across it at both private galleries and public institutions. It conducts research, develops, preserves from oblivion and restores the long lost youth.

Patryk Komorowski – founder (together with Gunia Nowik) of ‘Pola Magnetyczne’ (Magnetic Fields) gallery in which artists such as Wiktor Gutt (b. 1949), Krystian Jarnuszkiewicz (b. 1930), Teresa Gierzyńska (b. 1947) or Emil Cieślar (b.1931) exhibit their works.

Michał Woliński – author of „Pictogram” – initially a magazine (picture writing) which gradually evolved into „project space” and ultimately into a gallery which presented artworks of, amongst others, Leszek Knaflewski and LUXUS, as well as younger generation artists such as Cezary Poniatowski. Michał is one of the prime movers behind WGW (Warsaw Gallery Weekend), an annual event held each September during which Warsaw-based private galleries present the most exciting projects of the season.

Curatoris commuter – a small but potent group that can adjust to varying geographical conditions. Warsaw-Łódź and Warsaw-London routes are most popular. There are several reasons to choose such a path – not so much for the sake of a career but rather as a lifestyle. It is usually a transitional phase, too. Interstingly enough, commuter’s London connection has to do with his or her academic career whereas Łódź connection has to do with being employed at the local Museum of Art. Owing to being permanently on the move, commuter keeps fit and stays au courant, having devoted the time spent commuting on reading or writing. Thanks to their versatility, the commuting curators are first to transmit the hottest currently debated global issues to the local context. At times, they also predict the exhaustion of certain ideas or formats.

Daniel Muzyczuk – exhibition curator affiliated with the Museum of Art. Until recently, he used the public program he had co-authored with other Warsaw artists – Paweł Polit and Łukasz Zaręba – to shape the institution’s identity. He regularly engages in exploring relation between music and visual arts (Dźwięki elektrycznego ciała. Eksperymenty w sztuce i muzyce w Europie Wschodniej 1957-84 [Sounds of an Electric Body. Experiments in Art and Music in Eastern Europe 1957-84] from 2012 and Notatki z podziemia [Notes from the Underground] which deals with the period 1968-1995 and will be available for viewing on ms2 in the autumn of 2016).

Curatoris inventorem – a small group of true inventors which boasts a large following of people aspiring to join. The members of inventorem demonstrate qualities of each of the aforementioned groups: at times they produce research, at other times they work in the archives. A self-confident inventorem often invites other curators to cooperate. He or she creates interdisciplinary collaboration, challenges artists and – rarely – occupies their place.

Michał Libera – co-founder (together with Michał Mendyk) of the Bołt Records publishing. As a music producer, he is the man behind i.a. the conceptual pop Populista series or the re-interpretation of archival material from ‘Studia Eksperymentalne Polskiego Radia’ [Experimental Studios of the Polish Radio]. He curates a number of curious undertakings, including lectures-radio plays and exhibitions-operas.

*The author is friends with all the above mentioned individuals.

Agnieszka Pindera – she worked Centre for Contemporary Art “Signs of the Times” in Torun. Co-curator (with Daniel Muzyczukiem) exhibition Konrad Smolenski “Everything Was Forever, Until It Was No More” in the Polish Pavilion at the 55th International Art Exhibition in Venice. Editor and initiator of the books: “A practical guide for artists” and “Initiative galleries and artists.” From 2014 runs at the Museum of the History of Polish Jews POLIN program of artistic residencies. Member of the International Association of Art Critics (AICA).