The Berlin-Warszawa @rtpress web platform, housed at www.warszawa.berlin domain, is a virtual review dedicated to cultural and social issues. It is a fruit of partnership and cooperation between creative communities from Warsaw and Berlin. The medium will bring together most interesting cultural initiatives from both cities, the information on which has so far been scattered all over the web.

We publish texts, reviews, photos and films – all purpose-developed by expert team of editors and authors: journalists, writers, artists and photographers. Aside from creative milieus, it will cater for anyone interested and eager to actively participate in the cultural life of Berlin and Warsaw. The texts are published in three language versions: Polish, German and English.

The platform is a joint undertaking of its originator Maria Kossak – artist with ties to both cities and founder of the Berlin-Warsaw @rtpress facebook group which serves as a base for developing the project, Beata Chomątowska – writer and journalist, Stacja Muranów and agitPolska associations of social-cultural initiatives. The project is co-finaced by the city of Warsaw and the city of Berlin.

We presented the platform to the public on 1 July in Berlin (during two meetings – on Friday afternoon at the Polish Institute at 4pm and on Friday evening at the buchlbund bookstore at 7pm). The platform will also provide information on the events organized as part of the 25th anniversary of the Berlin-Warsaw partnership. We expect to continue developing the project in the coming years.

The platform is currently being built and will be soon complemented by event calendar for Warsaw and Berlin featuring the most interesting cultural events of both cities. Furthermore we will provide a free intranet for German and Polish artists, curators, journalists and authors. The intranet should enable a direct intercultural exchange between artists and facilitate common planning of cultural events in the future.

Register for free or Login 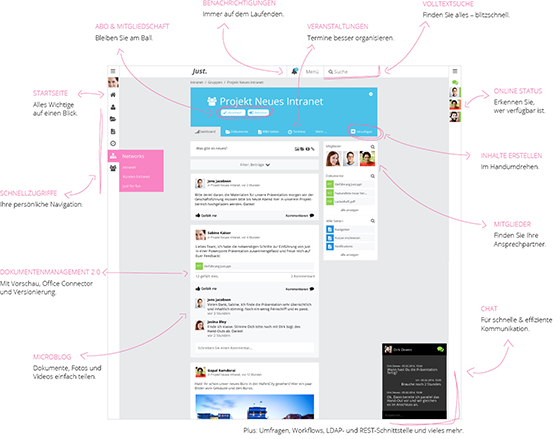